Alaska’s inside passage is peppered with truly spectacular and awe-inspiring places that dot the landscape. One of the most stunning is Tracy Arm fjord. Located south of Juneau, Alaska’s state capital, Tracy Arm fjord is a narrow deep water channel that snakes it way through the Tracy Arm-Fords Wilderness area for 30 miles from its access point at Holkham Bay to the Sawyer Glaciers at its end.

You can get to the fjord in any number of ways: Boat, plane, helicopter, kayak. We chose a boat tour and the crew did not disappoint. We were treated to hot chocolate, coffee, snacks. The more adventurous could also have a Blue Margarita, which the attendant said was made from blue ice from Sawyer Glacier. The treat to the tour though was the naturalist. She added depth to the trek down the fjord, explaining how it was formed, the wildlife present in the area and detail about the changing environment.

Journeying down the fjord is like taking a trip back in time as you watch the landscape change from plush coastal forests to sheer granite cliffs dripping with waterfalls that cascade down the 3,000 foot sides carved from the glaciers that sculpted the icy sound. The mist that swirls down into the fjord adds to that primal awe as it whispers across the frosty waters speckled with floating ice upon which harbor seals rest between dives and pigeon guillemots flutter around; and if you look closely along the cliff sides, you may spot mountain goats, wolves or bears that navigate the virgin terrain looking for shelter or food. 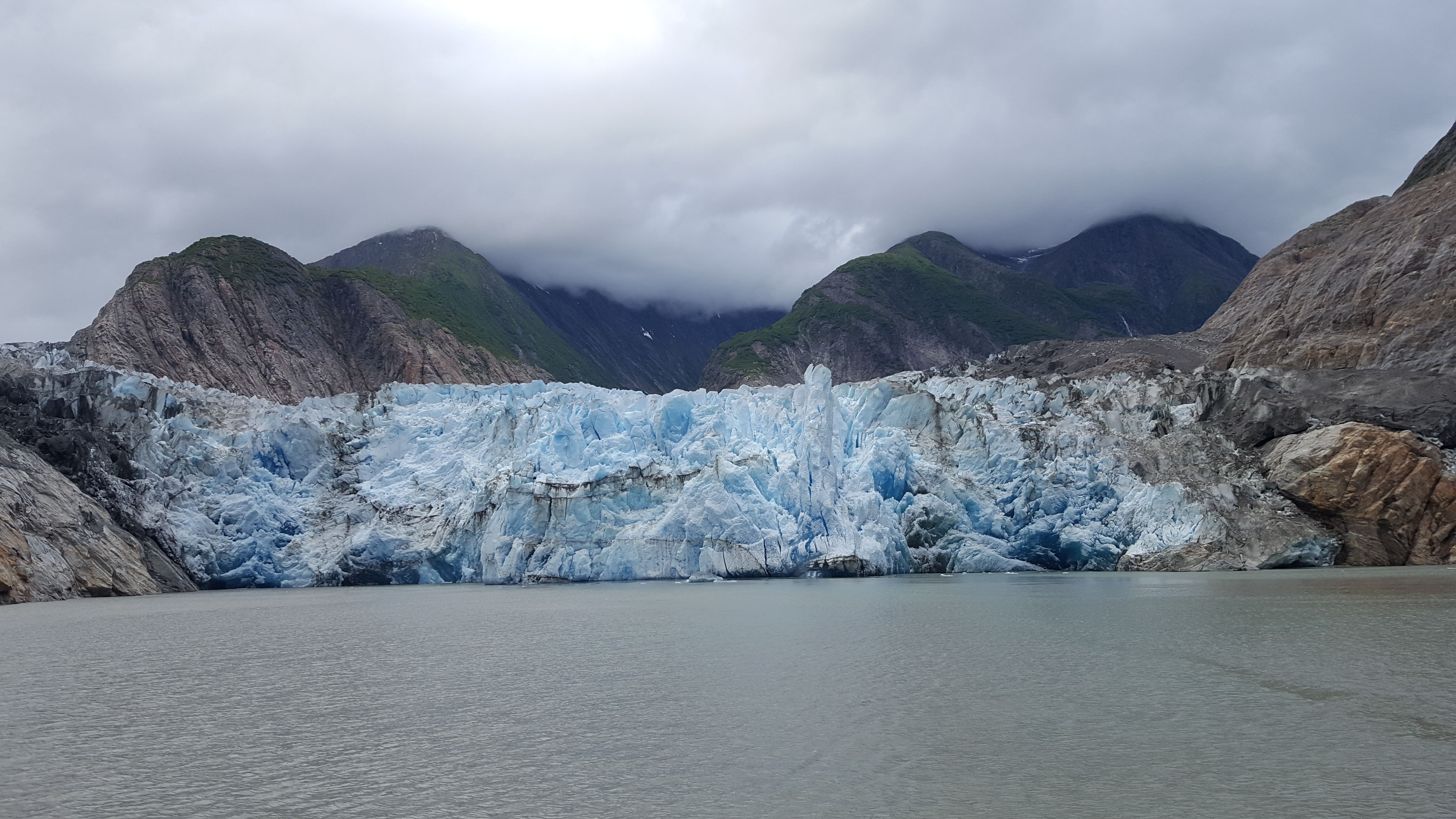 As you near the end of the 30 mile trek down the fjord, the most breathtaking displays of nature await with the unveiling of the Sawyer Glaciers – South Sawyer and North Sawyer. Sawyer Glacier is an active tidewater glacier, which means it “calves” or will have large chunks of ice break off into the surrounding water. The larger of the two glaciers is South Sawyer. It is a stunning blue tinted glacier that retreats back into the wilderness. If the waters aren’t teeming with ice bergs the size of buildings from the underwater calving that occurs, tour boats are able to glide closer to the glacier.

That experience is unlike anything you’ll ever see. Tour boats will shut down their engines while close to the glacier and free float in the water. Without the hum of tour boat engines, the ambient sound of the glacier becomes a chorus of nature with guillemots squawking, seals diving and, If you listen closely, ice creaking, that sometimes leads to the thunderous crescendo of the glacier calving and huge chunks of ice breaking off into the water.

Jutting from another inlet within the fjord is North Sawyer Glacier. Like its counterpart to the south, North Sawyer is a blue tinted glacier pockmarked by fissures and ice caves from where calving has occurred. Although smaller in scale to South Sawyer, North Sawyer is just as impressive. 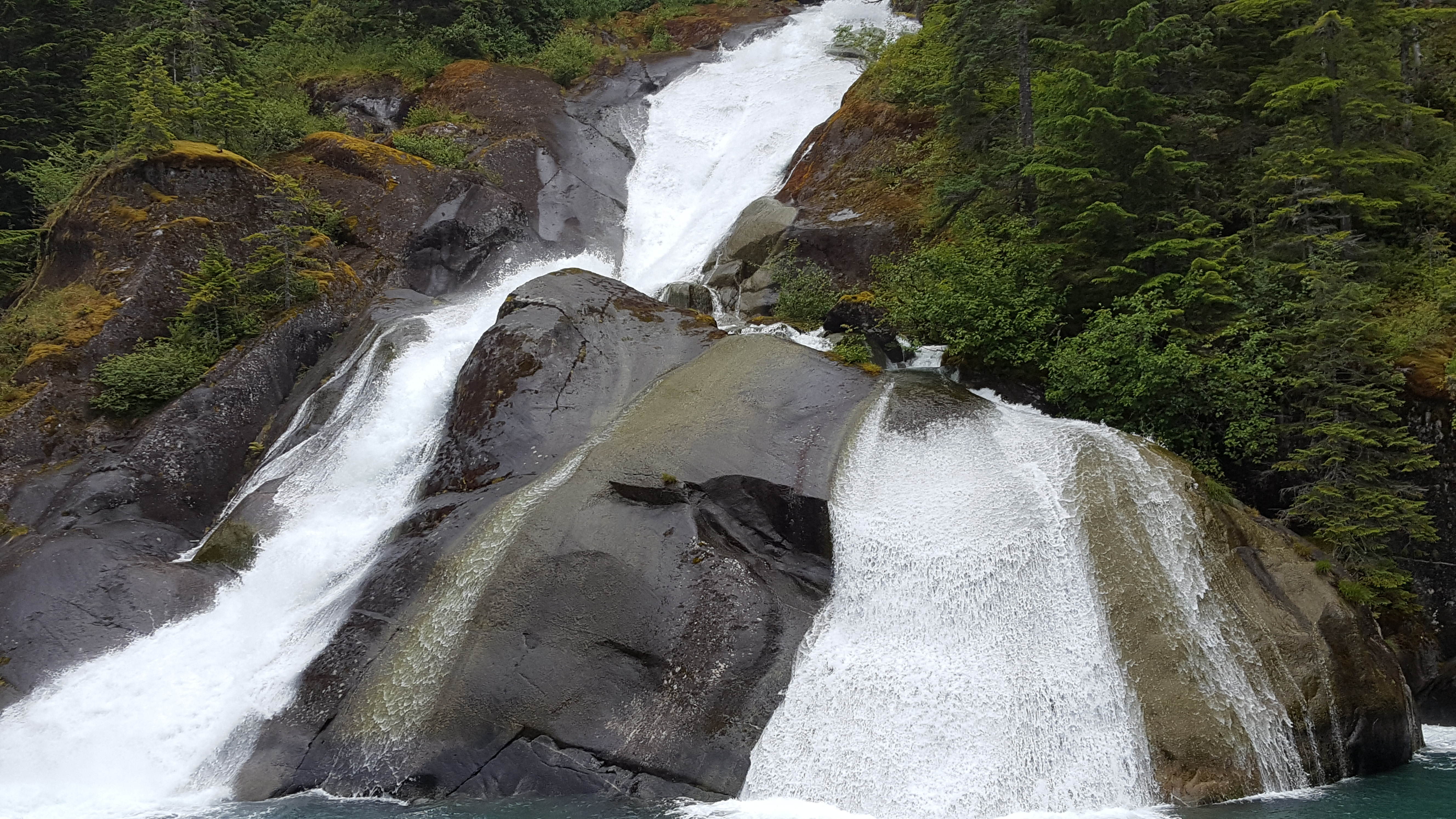 Upon the return journey back down the fjord, be sure to stop by some of the magnificent waterfalls that spill down the mountainside into the fjord. And as you exit the fjord into Holkham Bay, watch for whales. You usually will not be disappointed. Whatever method you choose, be prepared for a breathtaking Alaska adventure that will stay etched in your memory forever.